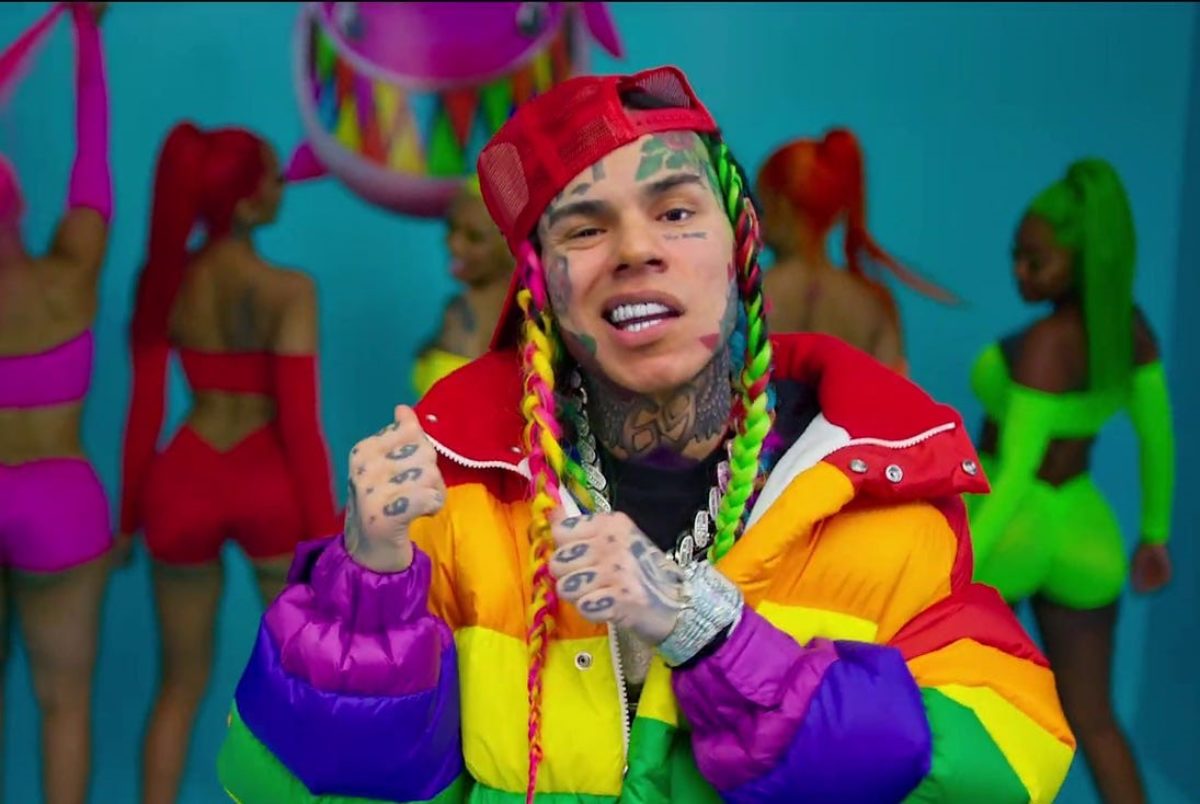 For some reason someone apparently still wants to see Rainbow Brite yelling songs at the top of his lungs from his upcoming album, being paid $5 million for a live-streaming deal.

The news is in… it looks like Tekashi 6ix9ine will be hitting the stage again — virtually, of course — as he has reportedly just signed a deal worth $5 million to perform songs from his upcoming album in the coming weeks.

Exclusively giving the details to the folks over at TMZ, the rainbow haired snitch claimed that the paperwork has been filled out and he will make $5 million for his first performance since being released from prison. The star, who will soon be off house arrest and is on a social media hiatus until then, will be dropping an album in the coming weeks and he is looking forward to performing it for his fans that he somehow has.

The live-streamed show will be taking place on Saturday, September 5 at 8 PM EST.It will go on for approximately one hour and there will apparently be ways to interact with the rapper.

As for what we can expect for his grand return to the stage, it looks like it will be a colorful affair. There will be lots of eye candy, dancers, a live band, and more according to the outlet.It will be hosted on the GlobalStreamNow app. Are you tuning into the circus?