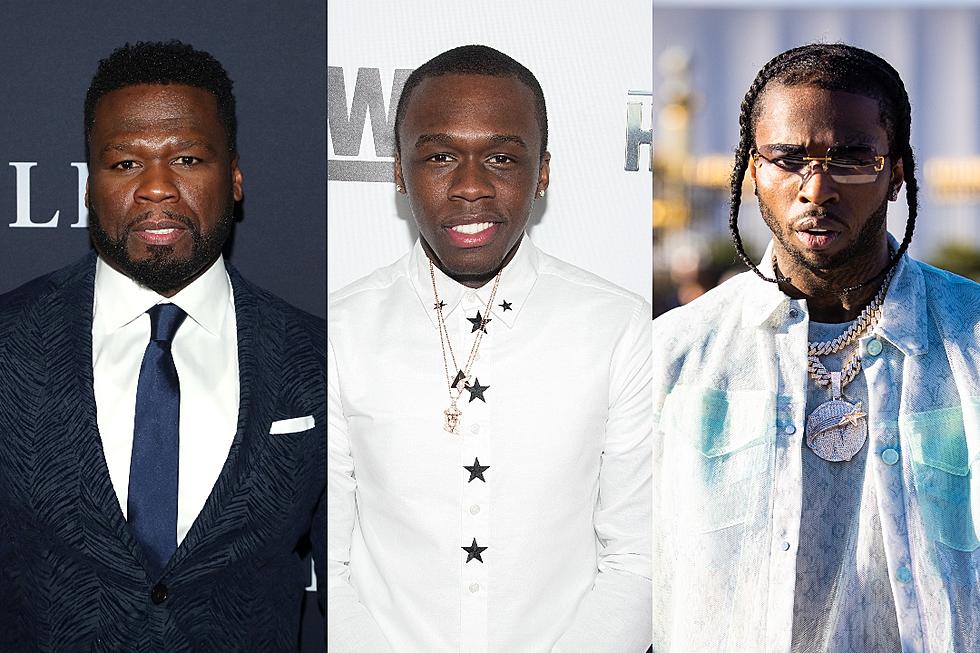 Marquise Jackson replaces 50 Cent in his Top 5 with Pop Smoke.

It’s not exactly news that Marquise Jackson doesn’t get along with his father 50 Cent. The two do not have any semblance of a relationship. In fact, the only time we generally hear about Marquise is usually when he’s trash-talking his dad.

Fiddy disowned Marquise a while ago, publicly slandering his own son and even going so far as to say that he would not bat an eyelash if he got hit by a bus and died. If your father was talking about you like that, you’d likely be pretty mad at him too.

Still, until very recently, Marquise placed 50 Cent in his list of the Top 5 rappers of all-time. During a recent session on Instagram Live though, he revealed that his father is out of his list, being replaced by the late Pop Smoke, who Fif executive produced Shoot For The Stars, Aim For The Moon for.

Responding that Pop Smoke is a better artist than 50 Cent, Marquise explained his reasoning.

The man on the other line tries to argue that Fif also has melody, which he’s proven on countless tracks, and that if he had broken out during this era, he would have been “the better Pop.”

#50cent son #marquisjackson says #popsmoke is better than his father.

What do you make of Marquise’s take?