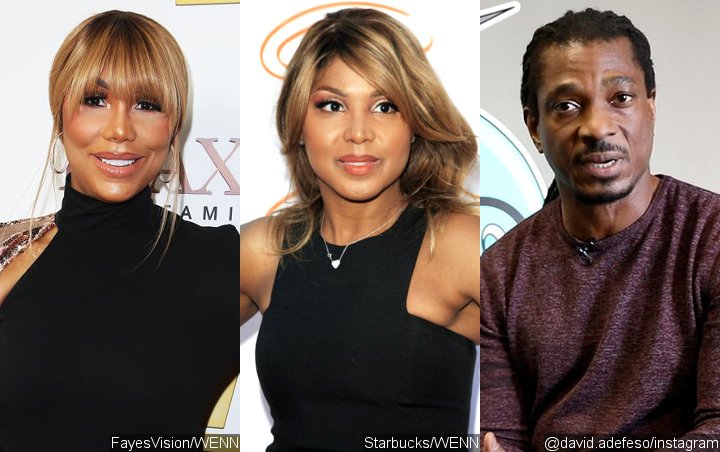 Somebody better tell Mr Adefeso that living legend Toni Braxton isn’t the one to play with. The singer targeted her sister’s ex-fiancé in a recent social media post.

The Braxton family’s relationship with David Adefeso is unraveling in real-time and it’s getting worse by the day. Just months ago, it seemed as if Tamar Braxton was happily in love with fiancé David Adefeso, but things have recently taken a sharp turn. He stood by her side through her alleged suicide attempt, but in the weeks that followed, there were accusations that David was taking advantage of his famous fiancée. Soon, rumors about domestic violence surfaced online and both parties denied that they were the aggressor. This has caused a rift between the Braxtons and Adefeso, and now singing icon Toni Braxton is stepping in with a message to her sister’s former flame.

This past Monday I explained on my first Live YouTube show how the 99% and their children are in danger of PERMANENTLY falling behind the 1% in wealth, power and lifelong opportunities. I gave you 7 concrete (for many of you) “never before known” techniques and strategies to REDUCE YOUR TAXES and increase your wealth (see my YouTube page for a rerun). Tomorrow I will speak to the young amongst us. Whether you are a 16 year old looking forward to college and all the other opportunities life has to offer, a 26 year old searching for direction and trying to figure out how to make more of an impact on the world around you, or a 45 year old currently wondering how you got stuck in the vicious cycle you’re currently in. Looking for new opportunities in life. I will give you concrete tools and strategies to help you BREAK THE CHAINS OF MEDIOCRITY. Rise to achieve your true potentials extent….and your true potential is defined only as the size and scale of your imagination. Join me on my second YouTube broadcast tomorrow, Monday April 27 at 3PM/PST (6PM/EST)- “Let’s Talk Money: Wealth Demystified with David Adefeso." YouTube link on BIO! #Money #Wealth #DavidAdefeso

“David, You Weasel…you Ferret,” Toni Braxton shared in a text image post to her Instagram. “You are beyond contempt. Once again, DO NOT include my children in your SHENANIGANS. Please leave my family ALONE!” Toni didn’t specify what exactly triggered her to pen this message to Adefeso, but fans expect that details will emerge in days to come.

The unfolding of Tamar’s relationship with Adefeso has been highlighted, especially on her new WeTV reality series Tamar Braxton: Get Ya Life! Tamar took to Twitter to react afterwards, simply writing: “Nobody wins when the family feuds.” Check out Toni’s post below.