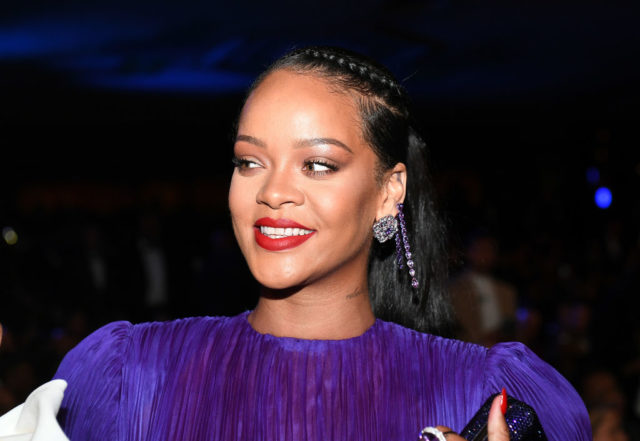 Rihanna said five words on the new PARTYNEXTDOOR song, but her fans are still living for it.

For the first time in four long years, Rihanna is officially back in the music world. It’s been a long time coming and, although we all thought that this moment would come through the arrival of R9, it ended up being on PARTYNEXTDOOR’s new album PARTYMOBILE.

Thursday, a rumor began flying around that the Bajan Beauty would be linking up with PARTYNEXTDOOR for their long-awaited collaboration, and the speculation turned out to be true as the album arrived Friday. Rihanna’s vocals bless us on “Believe It,” the next single from PND’s brand new album. Although she only ends up saying a total of about five words, the Rihanna Navy couldn’t be more excited to welcome her back into the fray. Some people don’t think this is a permanent return though.

“Rihanna going back to Fenty after singing 5 words,” wrote one fan on Twitter, sharing a video of LeBron James walking out of a press session.

Others were more optimistic: “SHE’S ONLY SINGING 5 WORDS BUT ITS A START PEOPLE.”

While her return is underwhelming to some, it lays out a world of possibilities for others. Which side of the spectrum are you staying on? Do you think Rihanna will be back full-time now, focusing on the eventual release of her ninth studio album, or are we just getting our hopes up? Take a listen to the track below and let us know what you think. ISSA BOP OR ISSA FLOP?

Rihanna going back to Fenty after singing 5 words pic.twitter.com/3W1r4CTmkA

rihanna is trending #1 in ww trends because she said FIVE words in a collab with partynextdoor after not releasing music for 4 years pic.twitter.com/FqEaEfc5WP

GUYS RIHANNA HAS SPOKEN. SHE’S BACK. SHE’S ONLY SINGING 5 WORDS BUT ITS A START PEOPLE. TODAY IS A GOOD DAY!

Rihanna gave us 5/6 words on partnextdoor track and left us like: pic.twitter.com/zSIFBHRZsG