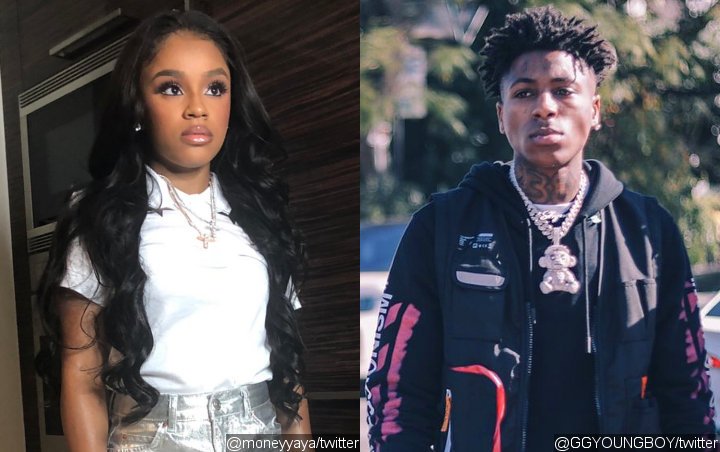 The 19-year-old has been dodging gossip about her pregnancy for months but she’s officially about to be NBA Youngboy’s 120th baby mother.

As news develops about the rumored arrest of NBA YoungBoy, Yaya Mayweather is in headlines again (and no she didn’t stab anyone this time) as seems to confirm her pregnancy. Reports of the 19-year-old being with child have brewed for months after someone “leaked” the news online. Yaya has stayed out of the social media frame for some time, but a new video shows that she’s ready to share her news with the world. A video surfaced showing Yaya dancing to a TikTok trend and the teen is visibly pregnant in the clip.

#PressPlay: #Roommates, #YaYaMayweather is having fun with some late night dance moves. 👀 #PostAndDelete

It’s assumed that the father of Yaya Mayweather’s child is YoungBoy considering the on-again-off-again couple’s controversial relationship has played out for a global audience. Earlier this year, Yaya was arrested for allegedly stabbing one of YoungBoy’s baby mamas, a young woman named Lapattra Jacobs. Yaya was reportedly slapped with a charge of aggravated assault with a deadly weapon and could face upwards of 99 years in prison.

NBA YoungBoy is a chart-topping rapper who recently had a No. 1 album with his latest record TOP, but he’s also developed a reputation as being a ladies man. He reportedly already has six children by five women, and it looks as if Yaya is adding her name, and child, to the list. Neither Yaya nor the 20-year-old artist has confirmed that they’re expecting a child together, but over the last few months, Yaya has posted enigmatic photos that are centered around the rapper hinting that they are still together.

Yaya Mayweather literally had the world in her hands… all the money in the world and she chose to be the 6th baby mama.

Yaya Mayweather a fool.. ain’t no way my pops worth millions of dollars and I’ma settle to be a seventh BM. 😭😭😭

Man. i just found out Yaya Mayweather is pregnant all while dealing with these charges that may/may not give her life in prison. I really want her to get help but she needs to want it for herself first . Sad story