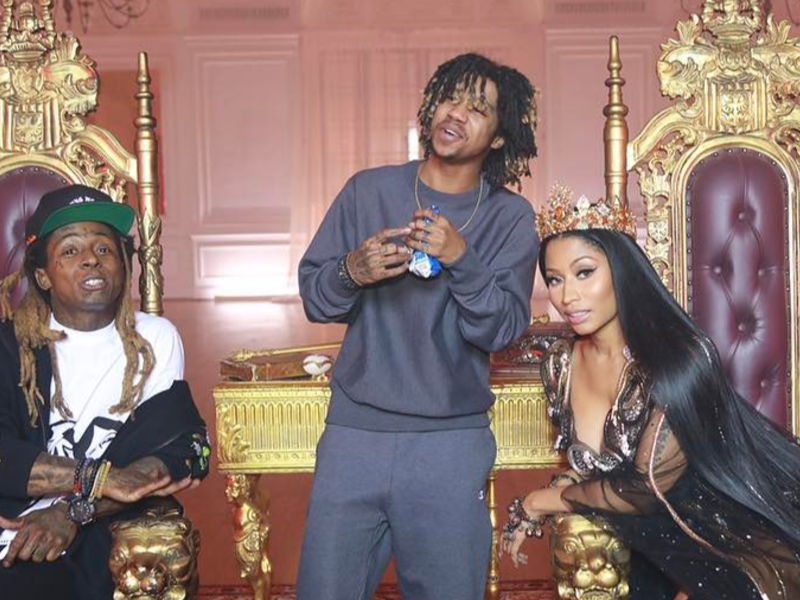 They say darkness always comes to the light and boy have plenty of things been coming to light lately.

Between cancel culture and quarantined boredom running rampant, many stars have been struggling to stay afloat above the drama. As evidenced with stars recently such as Doja Cat, B. Simone, Shane Dawson and many others, cancel culture has been in full force as of late pulling past problematic actions by your faves and bringing to the now more sensitive and aware times that we now reside in. It seems the latest star to have her past words come back to bite is one who isn’t a stranger to problematic behavior and criticism at all, Nicki Minaj.

Whether it’s subliminally dissing her foes or bragging on her vagina, Minaj is no stranger at all to causing controversy with her lyrics. Most recently, her lyrics from her most recent single “Trollz” were spotlighted after many pointed out the fact that she was dissing actress LisaRaye as well as R&B superstar Usher. However, it isn’t Minaj’s hit with Rainbow Brite that’s causing the stir this time, it’s actually a record from 2009 coming back to haunt her. In 2009, Young Money was at it’s prime and Minaj collaborated with her then 16 year old label mate Lil Twist. Sounds innocent enough, right? Well, not when you pay attention to the lyrics.

On the appropriately titled song “Old Enough,” Minaj raps about pursuing sexual relations with the young boy regardless of his age, even going as far to say girls his age have “cooties” to discourage him from pursuing girls his age. “See little boy, I can be your little teacher, and if you ball, you can meet me behind the bleachers,” she raps at one point during the verse. Many critics online noted that what makes it a tad more disturbing is Minaj’s constant affiliation with sex offenders such as Tekashi, her husband, and also her brother Jelani Maraj who was recently sentenced to life for raping his young step daughter. Some tried to defend the lyrics stating Twist was actually of age at the time however the song was leaked in 2009 which clearly would’ve placed the now 27-year-old at 16 and Minaj at 27.

What do you guys think of this mess? Is this R. Kelly/Aaliyah level creepy or is the internet over reacting? Take a look at the receipts along with some of the reactions below:

Nicki Minaj is a pedophile just like her brother, the people she works with and her husband. She is one of them no wonder she is comfortable with such people.

So nicki Minaj loves pedophiles because turns out. She’s one herself pic.twitter.com/E0Utnq04Qr

i lost my respect for nicki after she collabed with the pdf file but apparently nicki is a pedophile herself.. the song is literally on youtube and she was literally 28 pic.twitter.com/ng8IbdDQbv

#NickiMinaj really has an obsession with pedophilia!! ?This is disgusting. Lil Twist was like 15 or 16 ? pic.twitter.com/IeA2Xq9F03

A fake charts page (chartshot100 on Instagram) claimed Nicki slept with a rapper name Lil Twist when he was 16. They did a song called Old Enough, and ole girls fans claimed she was alluding to the fact she slept with a minor. But Lil twist cleared it up on his recent post pic.twitter.com/g8pbRYLCr6