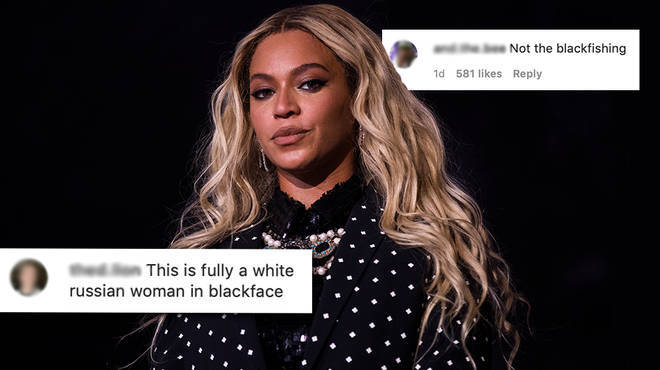 Another day, another incident of folks calling brands out on the internet.

A promotional photo posted to Ivy Park’s Instagram page has caused the public to debate the subject of “blackfishing.” Days ago, Ivy Park shared an image that featured two models posing in the adidas gear. There wasn’t anything exceptional about the picture itself, but on Wednesday (December 8), people began to discuss how the models, who at first glance looked like women of color or Black women to many, are actually Russian and much lighter than the image suggests.

Soon, people began accusing the models of Blackface, or Blackfishing—a take on the pop-culture term “catfish.” Beyoncé and her team were also targeted, especially because the singer is avidly pro-Black and pro-African in her music and visuals. Because Beyoncé is also known as someone who is intimately involved in all aspects of her projects, her fans argued that she wouldn’t approve of this look. However, while the models are Russian, their ethnic backgrounds are unknown.

No statement has been made by Bey or Ivy Park just yet, but the internet is making their voices heard. Check out a few responses below as well as more images from the models included in the campaign. Do you think this is justified backlash?

Yall I just sent Ivy Park a dm asking them to remove this post cuz these two ladies are blackfishing and as a Black owned brand created by a Black woman such as Beyoncé, I had to speak pic.twitter.com/kOTctKQY7E

Who’s gonna tell Beyoncé that someone on the ivy park team hired two Russian models who are black-fishing & constantly dress as people from other races and when called out about it told everyone they’re overreacting & to get over it… pic.twitter.com/bl4btMcfZ7

This is a weird, hot mess @WeAreIvyPark pls do better. https://t.co/KK2TK3gY9q

please do better. Beyoncé would not approve of these white women who’ve been notoriously appropriating cultures @WeAreIvyPark https://t.co/XtJeevqoij